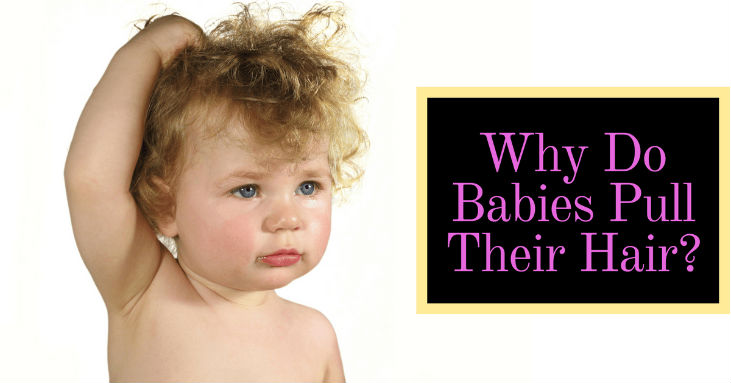 Why Do Babies Pull Their Hair? Know the Surprising Reasons

Children are prone to habits. They form routines that take several months to stop or may prolong to a few years. While there are healthy habits like finishing their milk bottle or sleeping on time, there are also bad habits formed such as thumb sucking or head banging.

When my baby was only eight months old, I noticed that she keeps on pulling her hair. I did not mind it at first, but then, I saw her frequently doing it, and I was alarmed!

Why do babies pull their hair? I keep on asking myself that question whenever I see my child clasping several hair strands in her hand. I want to end that habit, so I searched for the right answers.

When to Recognize that Baby is Pulling His Hair

There are times when our babies pull their hair without our knowledge. They may do so when they are lying in their crib or sitting in their playpen. They may even do so when we are not looking at them. 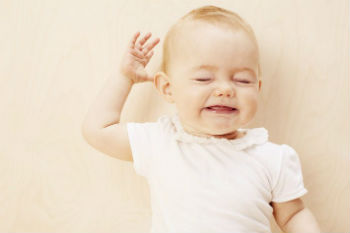 Recognizing several symptoms of hair pulling can help us identify the severity of the situation. Are they doing it the first time? Is there a sign that they have done it several times already?

Symptoms of hair pulling can help us understand if the habit is already a call to worry or not. When we see baldness or bald patches on their heads, it only means that their hair in that area is always being pulled.

Another sign is when our children have red spots on their head or if there are tender areas due to consistent pulling. When we see these signs, we must find a way to interfere. Otherwise, it will affect their development.

READ  When Do Babies Roll Over? Find Out How to Help Babies Learn

Why do Babies Pull Their Hair?

Stress - Babies love to pull their hairs when they feel tired, upset or irritated. Stress is keeping them cranky thus they resort to hair pulling as a defense. It is their way of reacting to the situation, and a means to feel in control of what they are feeling.

Boredom Children also get bored - If they feel that nothing is happening around them, they start to twist their hair until they pull it off. Boredom makes them feel depressed and they self-soothe by forming different habits such as thumb sucking.

Trichotillomania - There are cases when children pull their hair because they have the urge to do so. They may pull their hair off their heads, eyebrows, and eyelashes. Babies who manifest this kind of disorder do not have the control to stop themselves.

Other symptoms of Trichotillomania

There are children diagnosed with this kind of psychological disorder due to the effects it does to their overall development. While there is no specific test for Trichotillomania, doctors and psychologists can test the children for spot baldness or scalp infections. However, babies may not be able to achieve accurate diagnosis due to their very young age.

Hair pulling can also become a behavioral tantrum. Babies who have temper tantrum may form challenging behaviors such as hitting, kicking, throwing things, head-banging or pulling their hair.

Temper tantrums usually last for 30 seconds to 2 minutes. Children who are in tantrums tense their bodies, scream, cry and flail their arms. The reason babies go through tantrums is that they feel uncomfortable, tired or afraid.

Once you have identified the cause, you can address the situation properly. If it is a forming habit, it is best to mitigate it with necessary steps to prevent it from happening again. For a tantrum, better let it be since acknowledging the behavior can only lead to frequent practice.

What You Can Do to Help

Cover up your baby's hair. Use a hat or a soft bonnet to prevent him from pulling off the strands anytime. If it is too warm for a head cover, you can tie his hair into a ponytail if it is too long.

Cut off the hair. If there is nothing to grab on to, he will stop pulling it off.

Remove his hands gently whenever he tries to reach for his hair. Do not get angry or reprimand him for what he is doing. Babies will feel your tension and will likely be stressed. It will encourage him more to pull his hair. Instead, say it softly but firmly that it will hurt him or it also hurts you when he resists.

Give him something to occupy his hands. When he wants to get busy pulling his hair, give him an alternative such as a soft teddy bear, his blanket or a colorful toy. It will redirect his attention from hair pulling to the thing on his hand.

READ  Top 5 Best Crib Sheets: The Professional Tips On How To Get Buy The Best Products

Create a different habit. Babies can adjust well to a new habit if properly introduced. However, old habits are recurring if ignored and no new patterns are formed. Make him squeeze his teddy whenever he feels like pulling his hair. You may want to make him learn how to play a new toy.

Be consistent. Do not just attempt to stop him on day 1 and cease to follow up on the succeeding days. For him to learn to stop pulling his hair, you need to be more attentive and follow through your preventive solutions until he completely stops the action.

Babies can form various behaviors during their developmental years. Some of these conducts may not be ideal hence the need for our constant guidance, support, and understanding. We need to influence and correct them as early as possible so our babies can form healthy habits as they grow.

It was also a learning process for me when it comes to hair pulling. It made me worried and afraid of what may be the effects on my baby. Now, I am happy that she no longer does the same behavior.

Does your baby also pull his hair? What have you done to prevent it? Tell us your story!

Does Your Baby Wake Up Crying at Night? Here are 9 Reasons Behind the Tears

When Do Babies Roll Over? Find Out How to Help Babies Learn

Why Are Babies Fat? Here Are Four Amazing Reasons

What Do Babies Dream About? Find Out The Truth About Babies’ Dreams

When Does Cluster Feeding Stop? Here is the Only Thing You Need to Know