What Do Babies Dream About? Find Out The Truth About Babies’ Dreams

Have you seen your baby making facial expressions while sleeping? On many occasions, I witnessed how my sleeping baby smiled as if he was having fun, frowned as if someone pissed him off, and cried as if someone hurt him.

So, it led me to think what’s going on my baby’s brain when he’s asleep. Is he dreaming? Do babies dream? And if they do, what do babies dream about? This can be a tricky question given the fact that babies have zero capacity to communicate their thoughts.

By asking the question what babies dream about when they sleep, it is the same as asking the trees how they feel when the weather is too hot. Hence, to deliver the most logical response to this question, I conducted a thorough research of the topic and took note of claims made by psychologists and experts in the field. 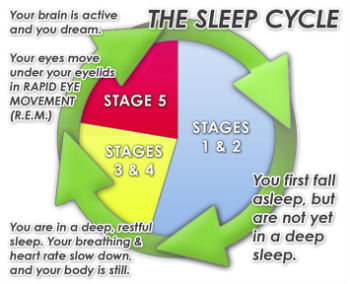 As shown in the figure above, it is in the fourth stage that we enter into a deep sleep; however, it is on the fifth stage that dreaming starts to happen. In babies, sleep cycles last between 30 and 50 minutes. As they grow, the sleep cycles gradually increase. How babies sleep varies.

Some babies fall asleep quickly while others sleep fidgeting for about 20 minutes before they finally succumb to deep sleep. Babies spend more REM sleep than adults. Thus, it is possible that babies dream when they sleep.

Do Babies Dream? What Experts Have to Say !

David Foulkes, a psychologist, and leader in pediatric dreaming, states babies have limited experiences, and their brains are immature. Therefore, during the first few years of their existence, babies are dreamless. 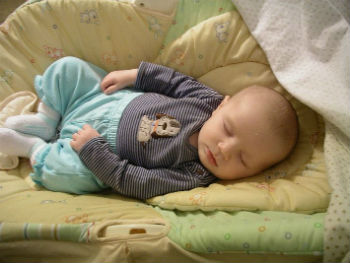 Other neuroscientists suggest that despite the longer REM sleep period, babies do not dream. REM sleep functions differently in infants and newborns. It enables their brains to construct neural pathways that help in developing their language. While this activity goes on, babies lack the space in their brains to visualize themselves as superheroes.

Associate director Jodi Mindell of the Sleep Center at the Children’s Hospital of Philadelphia suggests that babies dream because they are in REM sleep period most of the time. Dr. Charles Pollack of the of the Center for Sleep Medicine in New York emphasizes the fact that babies exhibit rapid eye movements when they sleep. Hence, it is possible that they are dreaming during this fifth stage.

What Do Babies Dream About?

There are opposing views whether babies dream or not. For Jodi Mindell, Ph.D., babies are dreaming during REM sleep. But what do they dream about? Babies have silent dreams since they do not have language yet. Mindell further suggests that babies’ dreams are mostly imagery without words.

Dr. Pollak claims babies’ dreams are difficult to know because babies cannot speak. His presumption is that babies are dreaming about things that relate to their age. Dr. Pollak used dogs as an example to describe what they are possibly dreaming when they sleep. 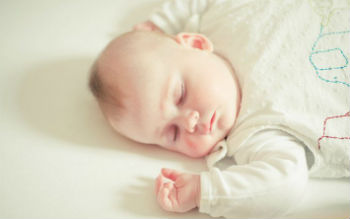 For instance, if the dogs’ feet twitch, they are most likely dreaming of jumping or running. If they make tiny bark sounds, it is likely that the dream is that of real life situations. To apply such logic with babies, Dr. Pollack recommends observing the adults’ eye movements when they are asleep.

READ  Why Are Babies Fat? Here Are Four Amazing Reasons

If the eye movement is horizontal, there is a possibility that the dream is about walking. If the eye movement is in a vertical direction, it could be that the person is dreaming of climbing stairs or looking at a tall building or structure. Other than these observations, there is nothing more that Dr. Pollack can suggest on what babies dream about.

Neuroscientists describe dreaming as a cognitive process that transpires in early childhood. It is during this stage that children obtain the ability to imagine things spatially and visually. David Foulkes and his associates posit that children aged 4 and 5 have plain and static dreams.

Their dreams are devoid of movements, emotions, and characters. Moreover, it is only at age 7 or 8 that children begin to have dreams with well-structured narratives. That is because, at this age, children have already developed a good understanding of their character.

Simply put, at age 7 or 8, children gain self-awareness which is needed to make oneself part of the dreaming process. The knowledge possessed by a child will strongly correlate with the plot and vibrancy of his or her dream. Foulkes and his associates stand firm to their conclusion that babies don’t dream.

Meanwhile, here is a video compilation of babies smiling while they are sleeping:

Neuroscientists believe that for dreams to transpire, children must have the ability to visualize things. Simply put, children must be able to create spatially and visually to experience dreams. Obviously, babies don’t have that capacity yet, and they have a long way to go before they finally achieve visualization ability.

So, at this point, the answer to the question: “What do babies dream about?” should be put on hold. No research studies have conclusive evidence to prove that babies dream. Ultimately, during the first year, sleep works to help in the growth and development of babies.

However, if we allow another side of logic to answer the question, we can conclude that babies dream about sucking, breastfeeding, and pooping. As they grow and start to develop their imagination, gain experiences, and build memories, their dreams would also become more structured and with a storyline.

Waldorf vs Montessori Education | Exploring The Pros and Cons

What Makes a Great Childcare? 6 Things to Look Out for

4 Things You Should Know About Postpartum Exercise

5 Things You Need to Know About Pregnancy, Motherhood, and Breast Implants