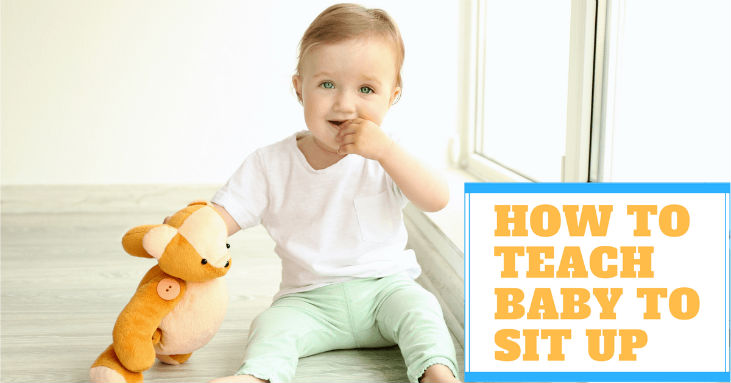 Some of an infant’s milestones are life changing both for the parent and the child, and learning to sit up independently is one of them. I remember the moment our eldest child learned to sit up on his own for the very first time.

It was such a liberating moment for me because it allowed me more time to do household chores hands-free. If you’re wondering how to teach baby to sit up, this post will give you the rundown.

How To Teach Baby To Sit Up (Plus 3 Things You May Not Realize Help In The Process)
What Age Do Babies Learn To Sit On Their Own? What Activities Will Help Prepare My Child? Three Things That Help Your Child Learn To Sit Up Head Control Body Awareness Wobbling Tips In Helping Your Child Sit Independently A Few Final Thoughts

What Age Do Babies Learn To Sit On Their Own? 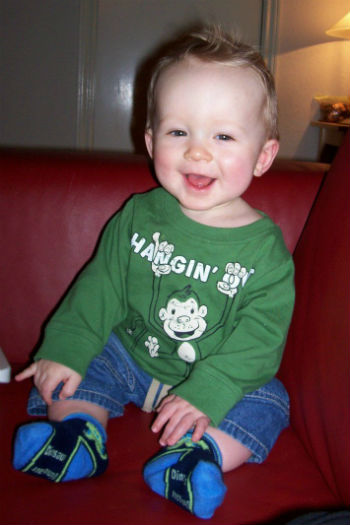 While there is a lot you can do to help your child develop the muscles he needs to sit up when the right time comes, he’ll probably won’t be able to sit on his own until he’s between 4 to 8 months old.

During his first four months, what you can do to prepare him for the big moment is to give him ample time for practice. One way is by providing him with more time on his stomach, as well as more time on activities that will encourage him to hold his head and chest up.

What Activities Will Help Prepare My Child?

Speaking of preparation, there are several precursor skills your child can learn before being able to sit independently. He can learn these skills through the following activities.

Tummy Time. Giving your child enough time every day to play on his tummy is an excellent way to strengthen his back extensor muscles. Lifting his head, propping using his elbows, and propping with arms extended are all great exercises for strengthening his neck extensors, shoulder muscles, and back muscles.

Rolling. Rolling is also a significant milestone. Once your baby learns how to roll, encourage him to do so regularly to strengthen his head, neck, and arms muscles.

Sitting Upright With Support. This is one of the best ways for your baby to practice sitting independently. When you let him sit upright with support, you’re teaching him to use his neck muscles to support and control his head. The feeling of instability every time he wobbles also encourages him to react to bring himself to a balanced position.

Three Things That Help Your Child Learn To Sit Up

When we speak of children learning to sit up, we often think that it happens automatically as soon as they reach a certain age. What most parents do not realize, however, is that there are three major factors involved in the process. Without these three factors, your child’s ability to sit independently may be delayed.

The first important factor is head control. We all understand that this skill is crucial, but what most parents do not probably realize is that our child can learn this skill earlier than we think. Yes, head control is the ability of an infant to hold his head up when he is held upright and is learned when he’s around 6 months.

However, the development of this skill starts once he can learn to keep it midline while laying on his back. This is first noticeable when your child is around 2 or 2.5 months old. At this time, you can start giving your baby more tummy time or floor time so he can practice holding his head up, strengthening his neck muscles.

Leaving him in a reclined or semi-reclined position in his baby gear for too long will only hamper his ability to control his head properly, which may delay his ability to sit later on.

While adults can sit upright on stools or benches without support, it’s not the same case with babies. Infants use more than just their buttocks for sitting. As they are learning to sit, babies discover that they can use their hands, arms, and feet as well. This is what body awareness is all about.

Body awareness develops early. In fact, study shows that babies are born with it. This is why tummy time is critical. The longer the time your child plays on his tummy, and the more often you let him do it, the better he’ll be able to grasp the idea that other parts of his body can be used as weight-bearing surfaces.

When you see your baby wobbling, do you immediately offer support or do you just let him be? Some parents see wobbling as a sign of unsteadiness and that their child is not yet ready to sit up without support.

However, what most parents do not realize that wobbling is actually an important factor that helps babies learn to balance. Every movement your child makes sends new information to his brain. In turn, the brain tells his body to make small adjustments to bring him to his center of gravity.

The constant exchange of information between parts of his body and his brain provides rich development that helps him learn balancing skills.

We should always be there to see to it that our children do not fall and get injured when practicing basic skills, but let’s also leave some space to make sure we’re not doing anything that will inhibit their learning. The next time you see your child wobbling, be in a position to catch him when he falls, but leave enough room for him to exercise his reflexes and bodily coordination and balance.

You’ll know it’s time to teach your child how to sit up when he’s successfully performing the precursor skills we’ve mentioned earlier. This means he’s already showing good control of his head, as well as showing control of his mid-body. By this time, which is around his third month, you can start training him using the following: 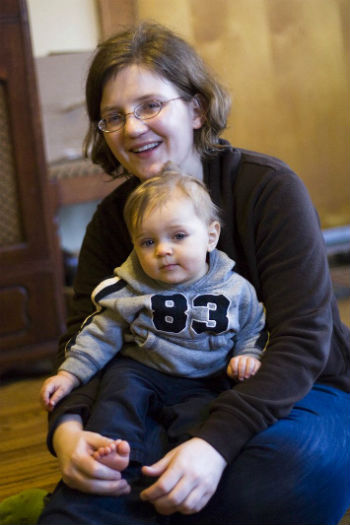 Let him sit on your lap. For a few minutes each day, sit your child on your lap with both your hands supporting him. Instead of holding him in one area, move your hands to different positions to get him to use his trunk for balance. For instance, you can place your hands on his chest and upper back area one moment, and then move them to his hips.

Sit him on the floor between your legs. This is a good sitting exercise for your child as he can have a bit more freedom. He can have your legs as support in case he tips to the right or the left, and he can use his arms if ever he feels like tipping forward.

Sit him on the floor and surround him with pillows. Another version is to let him sit on the floor while being surrounded with large pillows. You can also place toys nearby to encourage him to reach. Alternatively, you can have him have on the bed sitting propped on a pillow just what’s shown in this video:

Place him on a tripod sitting position. The tripod sit is commonly observed in babies 4 to 6 months old. By this time, they are already using both arms by placing them on the floor to help support the torso. If you notice your baby still having a difficult time performing this sitting position, you can provide him with support until he’s able to do it on his own.

Let him do the ring sit. The ring sit is an improved version of the tripod sit. By this time, your child can sit without having to place both arms on the floor in front of him. It’s called the ring sit because your child’s leg will be placed wide apart but with his feet touching each other and forming a ring.

More advanced sitting positions. Around this time, your child is able to perform sitting positions that do not require your support. The figure 4 sitting position, for instance, is a great way to help him sit up. In this position, one of his legs is stretched while the other one is bent, allowing him to shift his weight on the leg that is bent.

As he reaches his first birthday, you can let him sit on a stool or bench that will allow him to place his feet flat on the floor and bend his knees. This will help him develop core trunk strength, as well as learn to use his feet in lifting himself up.

The timeline we used is just a guide. Some babies develop faster than others, so don’t be anxious if you don’t see your child being able to perform the skills at the corresponding time suggested. Moreover, it’s crucial to keep your child on something soft or at least surround him with such to help soften his fall in case he tips.

If possible, place some rubber mats on the floor first before putting him down to practice. At 4 months, your child will be more aware of his surroundings and will be easily distracted by what’s happening around him. It’s better to have something soft like a pillow to break his fall and keep him from being injured.

Here at The Impressive Kids, we do not encourage parents to force their children to reach a milestone until they are ready. We can interfere with the natural progression of our child’s skills if we do that.

Most importantly, we do not encourage the use of products such as the bumbo seat. These baby gears are being marketed as excellent tools to help babies who can’t sit up independently yet. However, just as we’ve mentioned in our previous post about baby walkers, such products can do more harm to your child than good because they don’t allow enough room for movements that are crucial to development.

If you can’t avoid the use of one, at least commit to using it only as a last resort, because the best way to help your child achieve important milestones without delay is to give him enough amount of time and space to use his motor skills.

Did you find this article valuable? If you did, don’t forget to share them with your loved ones right away. And don’t think twice about letting us know what you think by sharing some insights in the comments section below!